Today starts gray and dreary. I made my way across Tokyo on the Yamanote line, watching the city roll by, cold as the winter that preceded it, shared by 10 million others in this 30 mile radius. But oh what a glorious day it turned into. An English instructors dream come true, the student cancels too late. Payday without the work.

With three hours to kill to get from Shinagawa to Tokyo station (normally a 12 minute train ride) I decided to walk. So I hung a right from the station exit and headed north on Hwy 15 (Daichi-keihin).
A friend had once recommended Sengakuji Temple (Spring-peak Temple) but I had no idea of its significance. As I walked up to the main gate, the clouds parted and Mr. Sun decided to join me for the tour. 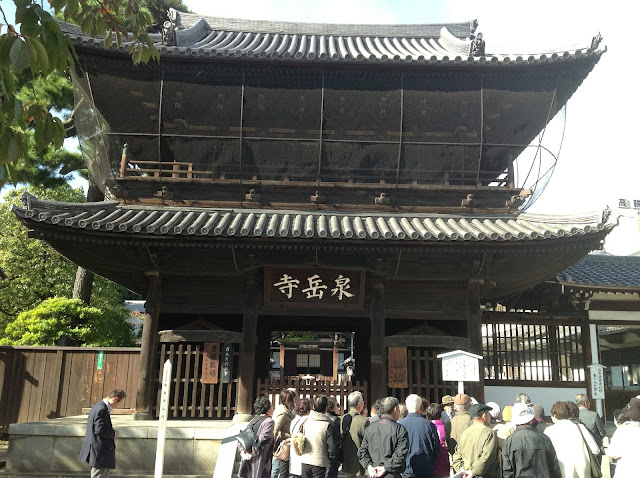 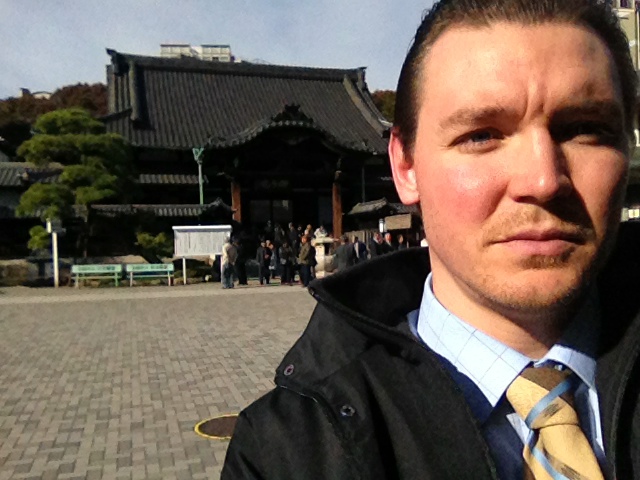 Turns out, interred here are the famed 47 Ronin and the master they committed seppuku for. 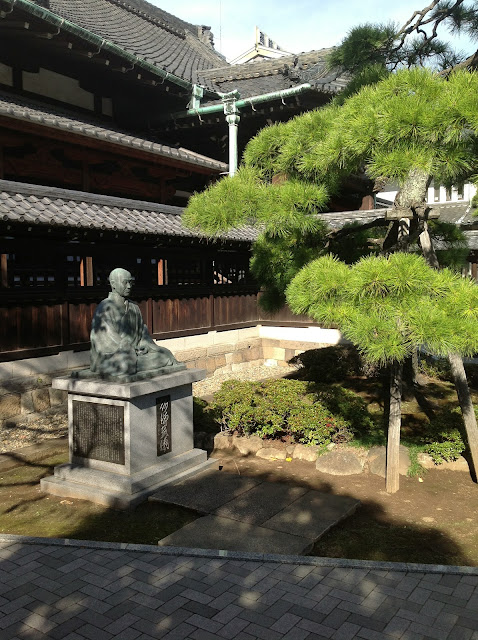 Check out the wiki page here for the full history. In brief,
Lord Asano was offended by his mentor Lord Kira Noshinaka. Pushed too far, Asano lashed out at Kira with a daggar and struck a non-lethal blow to his face. Since striking a court official was illegal, Asano was forced to commit seppuku (ritual suicide).

Disgraced, all of Lord Asano's samurai became ronin. Masterless samurai, and virtually unemployable. More than defend honor of Asano and restore the some 300 samurai, Oishi, Asano's go-to man had an obligation to avenge his master per the samurai code of honor. So he devises this incredibly elaborate revenge plan that takes two years to set up. In the end, the 47 Ronin launch a precise, well-coordinated attack, storming Kira's mansion in the middle of the night. They found him hiding in the coal box. 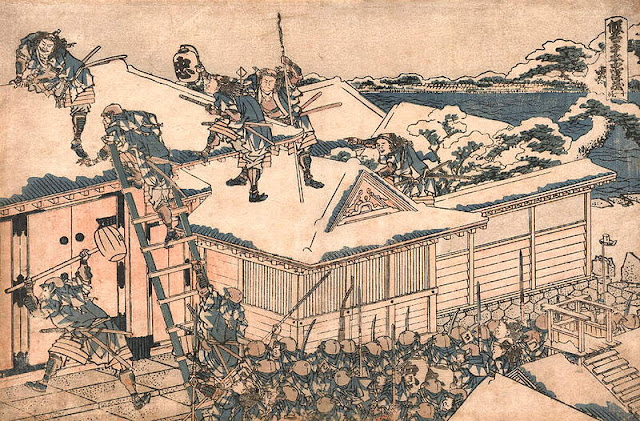 They collected Kira's head when he refused to commit seppuku and die honorably like a samurai. They then marched 10 km across town, the same trip I took today, and deposited Kira's head and a receipt at Sengakuji, where their master's body was interred. They paid their respects to the monk and then turned themselves in knowing full well that death was expected as punishment. They were all forced to commit hara-kiri (seppuku, ritual suicide) for their revenge of Asano. This restored the honor to Asano and ensured futures for his subjects. All the samurai are buried at Sengakuji temple also. 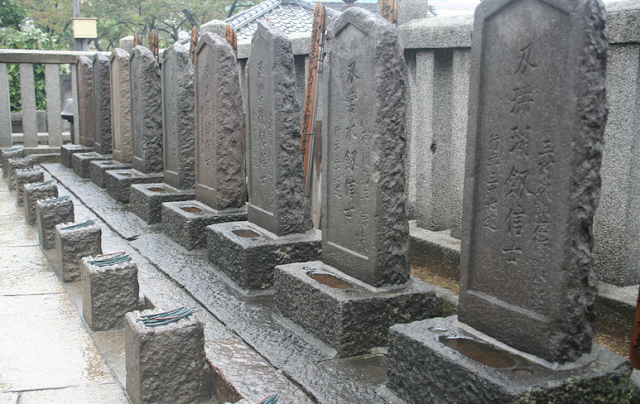 Credit to thetokyootaku for this last picture of the headstones of some of the 47 ronin. check here for more great pics.
I don't do the story justice but I definitely think there is something to it. I toured the grounds today and saw the graves of Asano and the ronin. Including the statue of Asano's main-man Ōishi Yoshio (大石 良雄 )。Ōishi ,by the way, translates as "large stones"...I am just saying...the name fits.

Finally, on my way out of the temple I overheard a funny exchange between a 70 year-old, gray-haired, Japanese woman and what I assumed was her husband. As they passed in front of Ōishi's statue:

I will let you be the judge. ;-D
Thanks for reading. 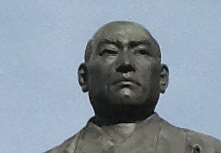 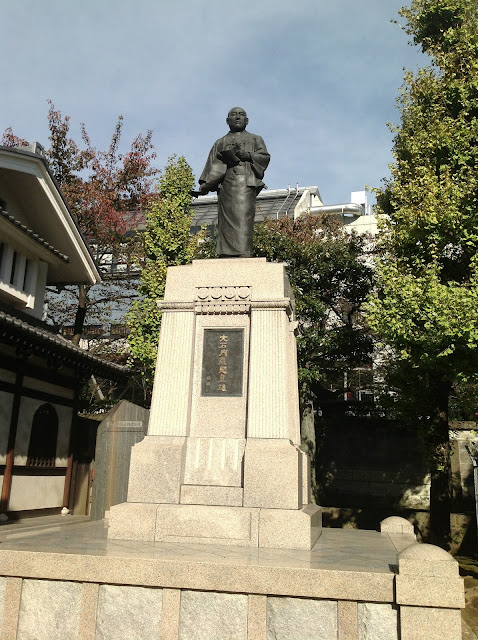