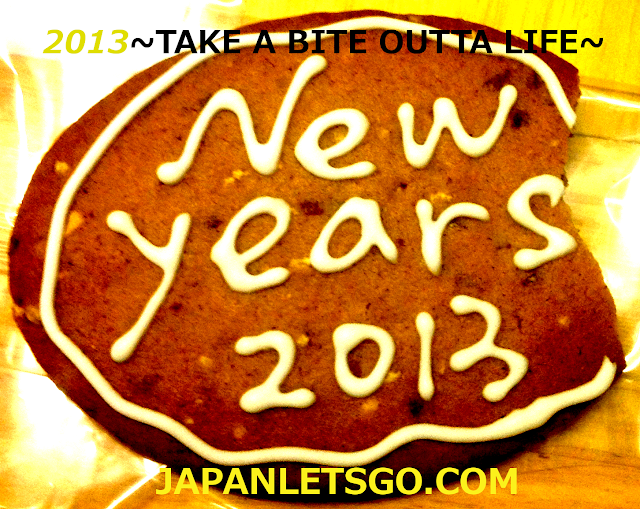 Thus ends my first full year on the road with eyes to the sky for more. This first year in Japan has been good. I will recount some of my successes here. I will also express regrets for things not yet accomplished and finally wrap up this post with hope of things to get done in 2013.

When I came to Japan in November 2011, I had a ton of student debt, an empty bank account, and no job. But what I did have were two things: a positive attitude and an impervious will to make a life of travel.
Sure it wasn't exactly a 'perfect' plan and I soon found myself in a pretty precarious position with nearly maxed-out credit cards (even just scrapping by on the bare essentials) and a standard, 90-day Japanese tourist visa about to expire. It also didn't help things that as I was couch-surfing at my uncle's place I was really imposing on them. Plus there was some concern that I wouldn't be able to find a job; that I was pretty reckless in coming to Japan without a dime to my name nor a job, etc.  As uncomfortable as things were for my relatives and the few friends I stayed with, never once did I feel unwelcome. For that I am truly grateful to them.

But as that 90 day limit was drawing near and I found myself deeper in debt than when I arrived, I started to realize the cold touch of uncertainty lurking, creeping like a chill up one's spine. I knew I had to start making some money. I scoured the internet and craigslist. I started selling advertising space on this blog to google. To date I have made JPY2,800 (about $30) in about one year. That wasn't about to cut it.

Work in Japan
My first 'real' job in Japan came from an advertisement for a "paid per-gig"job I saw on craigslist Tokyo. Click here to read about the details of this, the craziest thing I have done to make money in Japan. But this certainly wasn't going to cut it either. I needed a full-time gig and fast as I only had 30 days left on my visa and still no job. So referring to my former professor's site, Professor Steve Ridgely, I was able to pick up a few good leads on where to find work. (By the way, this is truly a great resource not only for getting by in Japan, but also for doing research and exploring Japanese culture in depth).

I picked a few of the famous English conversation schools as I learned this would be the quickest way to get work in Japan. I submitted my applications online and had interviews with GABA and Berlitz, two of the more well-known conversation schools in Japan. With only 3 weeks left on my visa, I went to GABA for 3, yes 3 interviews. There was a good mix of people at the interviews. If you have a visa for scholarship or a spousal visa you have an excellent chance of getting a job with GABA. But if you are needing visa sponsorship from the company (required for a work visa) then you are going to be scrutinized fairly stringently. In the meantime I had a phone interview and 1 live interview with Berlitz and was invited to Berlitz's week long, unpaid Instructor Training Program. It is possible to be cut during this period if you are found lacking in ability or professionalism but for all intents and purposes I considered myself 'in'.

The hardest part of this whole job process was just getting to the training. As it was unpaid and I was commuting an hour one way, I actually had trouble just scrapping together the cash to pay the train fee. One day I jumped on my used scooter and drove the 1 hour trying anything and everything to save a few bucks. I was the only one still shivering an hour into training that day.  If you asked me today would I do it again if I had to do it all over,  well, let's just say I am not going to be putting myself in such a precarious position financially ever again. These trying times sure made me appreciate having so much. Click here to read about the craziest thing I have done to save money in Japan.

Well I managed to pass training and get a working visa with only 4 days to spare.

That was probably the biggest accomplishment for 2012, getting permission to stay and work in Japan.
In order of importance my other successes, if you will call them that, are as follows:

I could include so much more as witnessed by the various blog posts included on this site but those are the main ones. As for regrets and resolutions for this year. Well...

So resolutions for 2013 to carry forward with the positive momentum of last year:

A. Must study for and pass the N1 Japanese Proficiency Exam
B. Circumnavigate Japan on motorcycle and/or visit the 47 prefectures 都道府県 via the same。
C. Write a blog piece twice a month in English and once a month in Japanese
D. Get first apartment of my very own, no roommates
E. Bring my siblings over to visit and stay with me as often as is financially possible

In any case it was a good year, I am hoping for a better one, and pray that you do too. Now. Ready. Set. Lets do this!
Thanks for reading!
J. 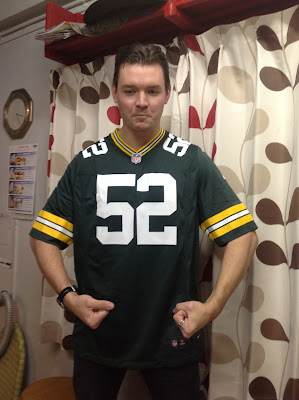 P.S. This is what I wear under my suit to work everyday. GO PACKERS!! 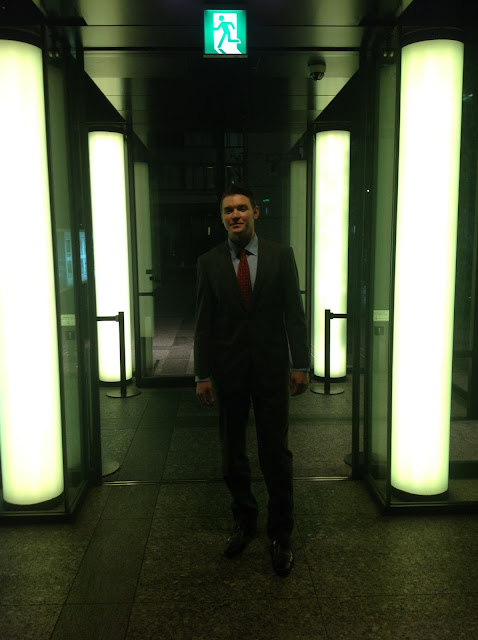