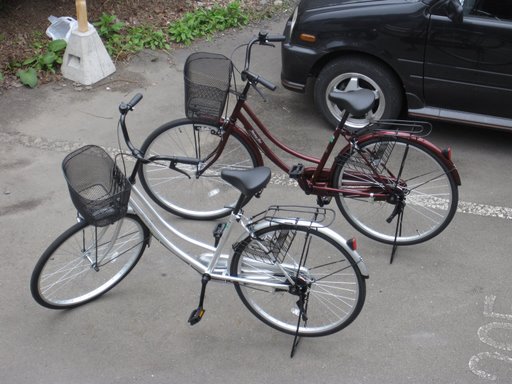 Craziest thing I have done to save money in Japan

This is a truly embarrassing story but one that I don't mind telling. At the time, I was struggling to pay for the train fee to get to the training site in order to get the new job teaching English that I needed to get a visa to stay in Japan. . . Did you catch all that?

I actually had an incident in the bathroom during the full week of unpaid training. Without going into too much detail, I had basically managed to drop approximately JPY800 ($8.50) worth of coins into the toilet which fell out of my pocket as I pulled my suit pants back on. I stared  horrified at the murky water, thinking "HELL NO! That DID NOT just happen!" There is no way I was going to reach for the coins I so desperately needed to get back home that night. But I wasn't sure if the coins would stay put if the toilet was flushed. I guess I wasn't that desperate to chance it...I pushed the lever, closed my eyes, and prayed. When the bathroom became silent again I opened one eye slowly, and to my surprise there was my precious, my ticket home shimmering in a now clean bowl of porcelain. It was still a bit irksome but I reached my hand in a grabbed the gold and silver colored yen pieces and quickly rushed to the sink. I washed each coin with soap for at least a minute and when I was done I washed my hands twice over. Somehow the whole idea of it all still felt dirty so I wrapped the coins in a paper towel until it was time to deposit them in the train ticket dispensing machine. I went back to continue training but found it a bit difficult to make eye contact with anyone for a while.

And that, my dear readers, is literally the craziest thing I have done to save money in Japan.

The moral of the story
ALWAYS wash your hands when handling money and never put coins in your mouth :-/  ...I guess Mother was right again on both accounts.

How about you?
What is the craziest thing you have done to go out of your way to save money? I would love to know. Please email me or leave your comments below and thanks for reading!
Posted by jletsgo at 6:34 PM 0 comments