Still on my quest to attain a Japanese driver's license via the conversion route, I attempted the test a 2nd time today.
The preparation
Today I successfully made it past the starting line, a feat I could not boast from my 1st attempt. In fact, today I got to see the entire course from the driver's seat. Stand back! I think a button just busted off this vest.

As I rounded the final corner into the home stretch, I saw the evaluator had already filled out my "FAIL" slip and was waiting until I stopped the car before handing it to me. Probably a good idea, in theory. But next time buddy, why not keep it hidden until I stop the car. I mean, there is still a lot of horse power behind the wheel, not to mention the little bit the car had to offer and you wouldn't want that power unleashed on your sorry rear-ender now would you?

In any case, dear readers, I will strike out again in three weeks for my 3rd attempt at the driving test.
One good thing happened today, I took the new used scooter I bought (@25,000 yen and worth every penny) 1 hour through the heart of Tokyo in peak rush hour traffic to get to the Driver's License Center in Fuchu (pronounced Foo-choo). Fantastic ride, scary as hell, but thoroughly thrilling. I can't wait to go again...sort of.

On my way back I past my old University. So I hit up my old lunching spot, Bambi's restaurant. By Japanese standards, Bambi's is probably the equivalent of a local mom and pop diner back in the States with slightly greasy everything on the menu. But I love Bambi's, seasoned hamburger patty on a plate with some pasta, fried croquet of creamed corn, white rice, and chicken stock soup.  I want a picture of the meal to share with you but my camera broke when I sat on it in the Yamanote. So I gleaned a few from Tabelog which is a Japanese site for searching for good food in Japan. Thanks to hopkins  for posting these on Tabelog. Just picture a very happy white guy (or a very white happy guy) on a very tiny bar stool, seated at the bar which creates a semicircle around the cooks area. Now picture that crowded into half the size you are imagining and you might have a faint glimpse of what it was like for me today. 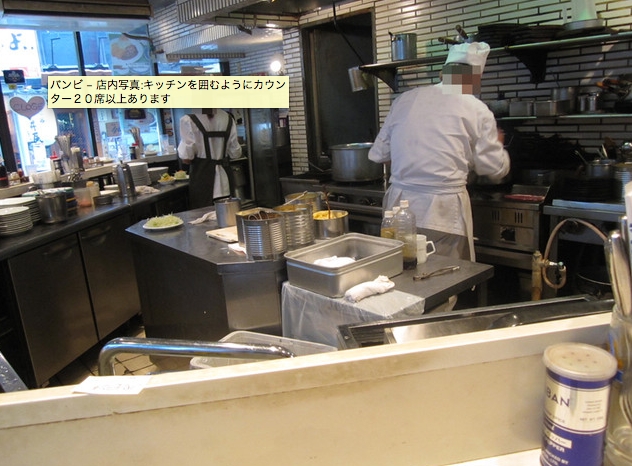 Pay attention, because this is the remarkable thing about this whole day. The 65 year old cook who used to serve me 5 years ago (pictured above) when I was an exchange student, is now older and grayer but still serving. Spectacular coincidence, probably not. But how about the fact that he was now operating with a stub for a right thumb and the first knuckle removed from his right index finger. Figure that one out! My first thought was possibly trouble paying up with the local yakuza? What do you think?

あぁ、そうか。これに決めました。今日最初に買い物します。
Posted by jletsgo at 8:46 AM 0 comments

今日はすごく疲れた。自分に『お疲れさまです』と言うのはちょっと変だと思われるかも知れないですが、今日はそんな感じでした。8：30から13：00までベルリッツで教えたり、13：10から一時間プライベートレッスンの生徒に会ったり、14：30から三時間、弁護士事務所でのバイトもしました。そして、ベルリッツへ戻り、18：15から21：10の間に4つのレッスンをした。で、帰り道を歩きながらストレスがたまってきたことに気づいた。最近、僕はそのストレスに対処できるように皇居ランをしています。今日の最後の事で成功しました5キロの皇居を26分で走ってきた。そのようなペースは初めてです。達成感から一日の最後、寝る前に笑顔になりました。
Posted by jletsgo at 11:46 AM 0 comments